‘The Obsidian Isle’ is a significant new body of work for Chong Kwan which documents a fictional island located off the west coast of Scotland, on which reside one country’s lost and destroyed buildings and places. Presented as an installation of photographic and sculptural works, ‘The Obsidian Isle’ explores collective history, national identity, and landscape and tourism through the prism of the senses and the distortion of memories. From structures that fell into dereliction after the Highland Clearances, buildings destroyed during the Second World War, places torn down to make way for new developments, or structures that collapsed due to poor construction, the island is a place where visitors are invited to remember or possibly to collectively ‘forget’. ‘The Obsidian Isle’ questions what is kept, what remains, what falls into ruin or is destroyed, what persists and how these can be altered by memories, myth or competing histories. The works in ‘The Obsidian Isle’ – ten large-scale large-format photographs, sculptural sensory aids for use on the island, a series of oval ‘mirrored’ works, tactile ‘blind’ photographic prints, a cyclorama map of the island, a limited edition publication with wrap around map, and a final print in which the view of the island is almost completely obscured by a storm – provide different and sometimes contradictory versions of the island itself.

Chong Kwan’s ‘The Obsidian Isle’ refers to a controversial literary work. Ossian, the blind 3rd century poet who was ‘discovered’ by James Macpherson in the 18th Century, was presented to the public as the narrator and supposed author, of a cycle of epic poems. Supposedly translated from fragments of ancient sources in Scots Gaelic, it aroused huge controversy: Samuel Johnson called Macpherson “a mountebank, a liar, and a fraud, and that the poems were forgeries”; Hugh Blair upheld its authenticity; and a Committee for the Highlands was set up to investigate its sources and the veracity of Macpherson’s claims. Ossian was hugely influential in the development of ideas of the Scottish landscape and notions of national identity at home and abroad: Napoleon was said to carry a copy with him; Ingres painted the ‘Dream of Ossian’ and places inspired by and named after Ossian, such as Fingal’s Cave in Staffa, and Ossian’s Cave in Drumkeld, became major tourist attractions.

Developed in partnership with Ricefield Chinese Arts and Cultural Centre, and through work-in-progress events and a symposium organised by Chong Kwan, ‘The Ossianic Landscape’, at Glasgow Project Room (Trongate 103) in April 2010.

Dr Dominic Paterson teaches modern and contemporary art and theory at the University of Glasgow. Amongst his publications are essays on artists such as Christine Borland, Lucy Gunning, Claire Barclay, Martin Soto Climent, Kate Davis and Faith Wilding. He is a regular contributor to MAP magazine, and organised a series of film screenings and artist’s talks in collaboration with Glasgow International 2010 and 2012. He is currently Research Resident at Glasgow Sculpture Studios. 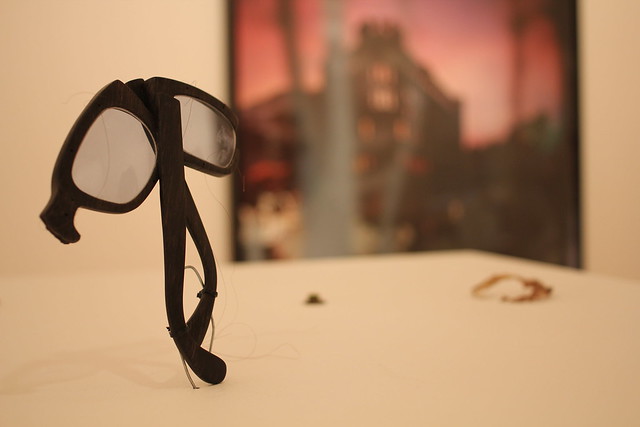 Gayle Chong Kwan was born in Edinburgh in 1973 and is based in London. She has shown extensively in the UK and internationally; including participating in major international Biennales, such as the 54th Venice Biennale 2011 and 10th Havana Biennial, Cuba, 2009.

She is represented by galleries in Paris, Madrid, and Milan and was recently selected by Haus de Kulturen de Welt in Berlin to develop ‘Invisible Twinning’, for Urban Meridian, Asia-Pacific Biennial.

Chong Kwan holds a BA in Fine Art from Central Saint Martins College of Art, a BA in Politics and Modern History from Manchester University; an MSc in Communications from Stirling University; and will begin a practice-based Phd at the Royal College of Art in 2012. She regularly gives lectures and talks at art colleges, galleries and institutions both nationally and internationally including: The V&A, London / Tate Britain, London / La Villette, Paris. Awards have included: Vauxhall Collective Award for Photography 2009 / Pépinières Européennes pour Jeunes Artistes Award / Arts Council England International Fellow.

We use cookies to ensure that we give you the best experience on our website. If you continue to use this site we will assume that you are happy with it.OkNoRead more